People sometimes say (a little spitefully), that all human activities in Bohemia generate thirst. Although this statement is rather exaggerated, its author probably wanted to say that it is a pleasure to quench thirst in Bohemia. Not only where, but also with what! In other words, we are a beer-loving nation – that is clearly shown by the statistics of consumption of this beverage per person per year, where we permanently lead the list. Why is this beverage with a relatively low percentage of alcohol so popular? Why has something that may be called (in a positive sense) beer culture evolved? Why is (Czech) beer featured in literature, film, even in opera, why are there beer museums and why are school trips shown around breweries? Probably because beer is not a mere drink. Its consumption is (or should be) a ritual, usually connected with many pleasant circumstances – the environment, friends, ending a good meal – that elevates beer drinking to an experience and a social occasion. You all probably remember places and moments where and when you felt well (for whatever reason), with one of the sources of the positive feeling being a dewy glass of good beer. 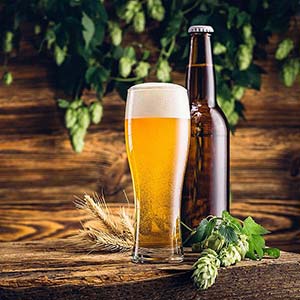