The Charlie’s Square Microbrewery and Restaurant originated in the spring of 2014 in the heart of Brno, on Římské Square.
Beer is brewed directly in the restaurant, and its fermentation and maturation take place in stainless steel tanks located behind the bar. The beer is drafted directly from these tanks. Brewing takes several hours, and everything is monitored using modern techniques, including the subsequent fermentation and aging, resulting in a persistent taste and a proper bite. Charlie's beer has a golden color with a delicate white foam and is characterized by pleasant bitterness. It is not filtered or pasteurized.

Jiří Mazal, the brewer who makes the beer in Charlie's Square, has a wealth of experience. He comes from a brewing family and has brewed throughout European countries such as Italy and Russia, among others. He also operates the “U Mazalů” brewery in Prostějov. The raw ingredients used for brewing Charlie’s 11° beer are malt, hops, yeast, and of course the best water.

The Charlie’s Square Restaurant is a part of the microbrewery.

All the technology used to produce the beer is visible inside the restaurant and is fully functional. Everything is freely accessible to visitors. 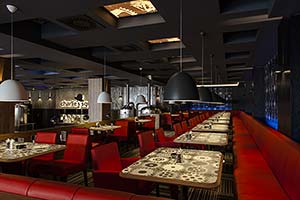 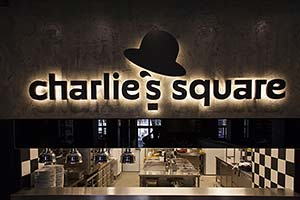 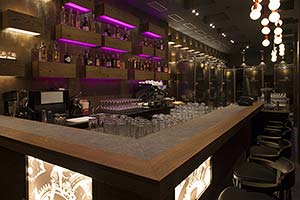