Nová Sladovna, or New Malthouse, Craft Brewery. Located in the building of the former burgher brewery dating from 1825. This was closed in 2005 and in 2010-2012 rebuilt into a commercial and social center. The architects managed to maintain, among other things, the brewery chimney, which forms a remarkable architectural landmark of the town center.
The restaurant Ka-Varna was opened in 2012 on the site of the original boiler. The original spirit of the historic boiler lives on in the original copper vat which dominates the entire area. A microbrewery was supposed to be placed here, but the decision was made to put it in the malthouse just 50 meters away. A year later, in 2013, the Nová Sladovna Microbrewery was completed. The brewery is located one storey below, in the basement, were the beer is aged in ideal conditions.

The Opava restaurants Nová Sladovna, Ka-Varna, U Hrocha, as well as tasting pubs and beer bars across the country. Beer can also be purchased in bottles and kegs. 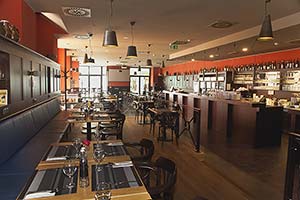 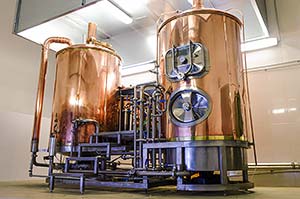