Permon Brewery. The Sokolov Permon Brewery has a daily output of 1,500 liters. Permon beer production began in 2006. In 2011, the brewery was modernized and the town of Sokolov granted it brewing rights. Production of Permon beer is based on a constant effort to continue the tradition of brewing in Sokolov. The technology of all three breweries was strictly based on historical sources, and the breweries were constructed so that beer could be brewed the traditional method according to proven recipes with open fermentation.

Six taps directly in the brewery shop as well as full range of beer. 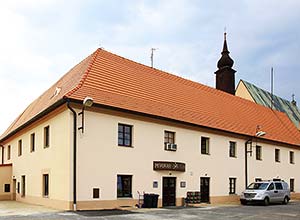 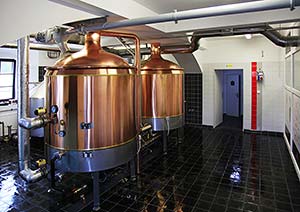