The brewery in Dobruška has a rich history. The local brewing history goes back to the year 1320, although the modern history of the brewery begins in 2007, when the unused buildings of the Dobruška brewery and malthouse were bought by the Vedrový family, who reconstructed the entire complex. In January 2008, the malthouse was restored, and in 2008 the original boiler officially brewed its first batch of 12° Rampušák.

Currently, the brewery produces four beers: 11° and 12° light lager filtered and unfiltered, as well as a 13° semi-dark special and a 15° light special beer produced only as unfiltered. Alongside the normal selection, the market also holds specialty beers designed for Christmas or Easter, or for events organized in the brewery’s own cellar restaurant.

Pubs, beer bars, and wholesalers (in most regions of the Czech Republic). The major cities include Prague and Brno.

Tours of the brewery and the threshing malthouse are possible upon previous agreement by e-mail. Minimum group size is 10 participants.

Since 2010, the brewery holds Open House Day every year in August, during which the whole complex is open for tours, and concert performances are held the courtyard and in the brewery garden. All beer types are always on tap, including a special beer prepared especially for this day. 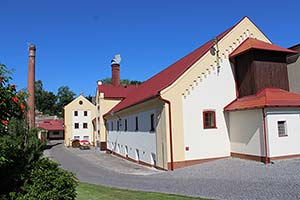 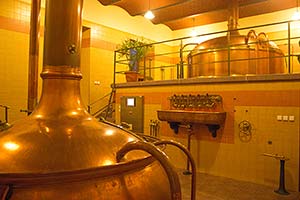 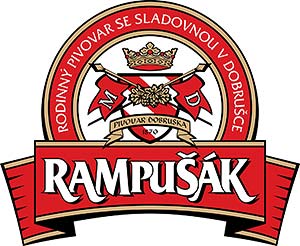