The tradition of beer brewing is very long, apparently around ten thousand years, making beer one of the oldest drinks. One thing is certain, though, the brewing process is so complicated that the beer basis must have been discovered (or invented) rather by chance. This probably occurred in Mesopotamia between the Euphrates and the Tigris rivers. Written documents of these procedures date back to 4,000 B.C.

Another written mention of beer can be found in the Chammurapi Code. The code of the Babylonian king Chammurapi, probably issued in 17th century B.C. (thus belonging to the earliest codes in the world), enacts, inter alia, rules of beer tapping, treatment, quality etc.

In the 15th century another ingredient began to be added to beer – the “spice” called hops – adding the typical bitterness. This was another important milestone in beer history.

A major step forward in brewing was also represented by the discovery of the French microbiologist Louis Pasteur (1822-1895), who discovered that yeasts were living microorganisms reproduced by sprouting (asexually), which makes their quantities grow exponentially. Yeasts are originators of the anaerobic process (a process without air access) transforming glucose contained in wort to ethyl alcohol and carbon dioxide.

Before 1876 when the German scientist Carl von Linde (1842–1934) invented the principle of machine cooling or refrigerator, the necessity to assure low temperatures for bottom fermentation and maturing of beer was resolved by icing in cellars. What is it? In winter, in periods of deep frosts, ice was extracted from a river and pond surface – ice cubes were cut with axes and long saws (see the photo above), taken out of the water and transported to the brewery cellar. If the cellar was well insulated the ice survived until the following winter or even longer under favourable conditions.

The Czech Lands were written large in the history of brewing again in 1842 when the Plzeň Burgher Brewery produced the first batch of the bottom-fermented lager of unprecedented taste. The lager soon became a model and prototype of its kind imitated all over the world. The question is whether the miracle happened in Plzeň then by chance, by error or as a result of sensible consideration and a well thought-out experiment. Whatever, this is not relevant anymore.

Czechs hold yet another world historic primate: the Prague brewery U Fleků in Křemencova street in the New Town of Prague beer has been brewing uninterruptedly since 1499 (!), i.e. since the times of King Vladislav of Jagiellonia. Such a tradition would be hard to find elsewhere across our country and Central Europe. 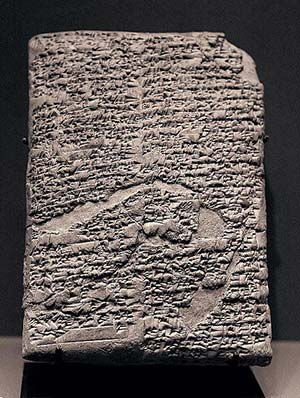 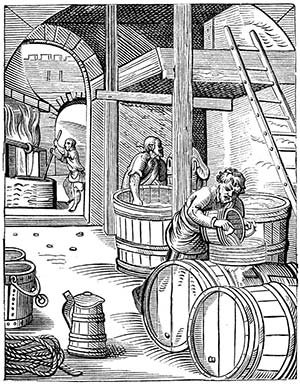