There are a number of criteria for beer classification – colour, appearance, grade, strength, technology or ingredients used. Some of the most important are described below.

Special beer – corresponding to the original grades 13% and up

There is bottom (lagers) and top (ales, wheat beer, stouts) fermentation. The bottom fermentation uses yeast species Saccharomyces cerevisiae subsp. uvarum, “working” at up to 15°C (the optimum temperature is 8 to 14°C) for seven to twelve days. This type of fermentation is called “bottom” for the reason that the yeasts mainly accumulate in the bottom part of the column. The top fermentation takes place at temperatures of 15 to 25°C (below 15°C the yeast activity is reduced and below 10°C it stops completely) for two to eight days. In the course of the fermentation the yeasts of the Saccharomyces cerevisiae species, cerevisiae subspecies, develop rich foam on the wort surface, called blanket. Hence the process name “top fermentation”. The least known process is “spontaneous” fermentation, mainly used in France and Belgium. This production is not significant from an industrial point of view, but the result is very special for rare beer tastes. 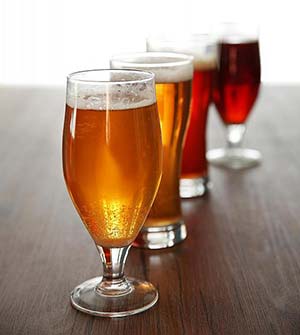 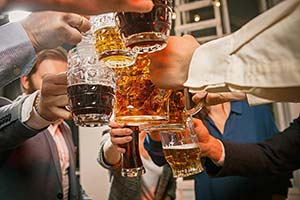 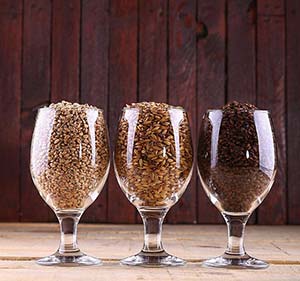