The Malesický Microbrewery is not exactly located in the center of Prague, but it’s just a stone's throw away. Thanks to the perfect beer, classic Czech cuisine, and friendly family atmosphere, it’s one of the best. Here in this modern restaurant, you’ll find yourself back in the days when friends and family still gathered around beer and food and treasured time together.
On tap, in addition to the carefully brewed Malešický Originals, you’ll also find interesting specialties from Czech and foreign breweries. You can taste the Czech classics, specialties prepared with beer, and a variety of homemade delicacies and fresh specialties from our own smokehouse. In the summer, enjoy the seating in our cozy garden. You’ll be hard pressed to find a similar place in Prague.

A rich year-round program of events is prepared in the restaurant or at the Malešická Šalanda, including beer tasting evenings, traveler screenings, or author evenings featuring interesting personalities. We regularly hold special events such as the Masopust pork feast, recalling our true domestic gastronomic culture. 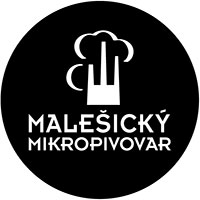 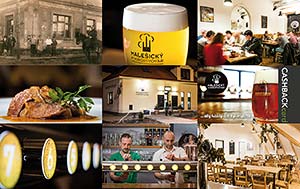