The Chodovar Family Brewery is the oldest brewery in western Bohemia. The first written mention dates from 1573, but a much older history shows cellars from the 14th century, carved out of granite rock, still used today for brewing beer. Part of the brewery is the original restaurant Ve Skále as well as romantic accommodations in the wellness hotel U Sladka (3*) with an original beer spa and the stylish restaurant Stará Sladovna with a large conference hall.
“Beer with exceptional character” – that is the conclusion of the sensory evaluation of beer from the Chodovar family brewery by the international expert committee at the "European Beer Star" (Munich, Germany).

(Beer availability) Stylish restaurant in the Chodovar complex and sales locations on the map at www.chodovar.cz .

Every day at 2 pm, featuring the malthouse, boiler, classic open fermenting room, and beer tasting at the magical brewery fountain. Organized group tours throughout the day available by telephone order. A true beer spa day from 9 am to 5 pm. 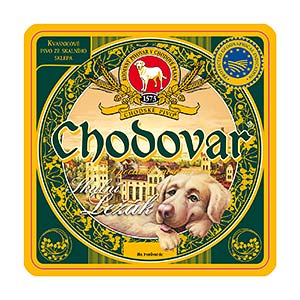 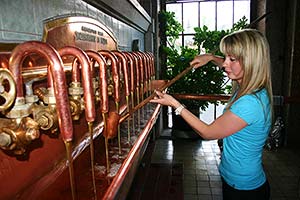 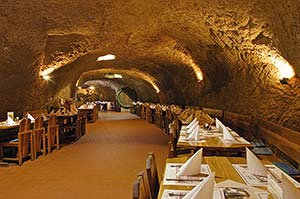