Pardubice Brewery. The tradition of beer brewing in Pardubice goes back for centuries, dating back to the early 14th century. In 1491, the town of Pardubice was purchased by a representative of one of the most influential and richest families in the Czech lands, Wilhelm II of Pernstein, who turned it into the center of his large estate. At the beginning of the 16th century, this nobleman, also an excellent manager, began to be intensively involved in brewing. The family’s good name is forever recorded in the history of Pardubice.

The brewery strives to meet the widest tastes of its customers. This is reflected in its diverse menu that includes 13 kinds of beer and several kinds of soft drinks. The most famous beers are the 11° Vilém and the legendary 19° dark Pardubice Porter.

For a map of restaurants and wholesalers, visit www.pernstejn.cz in the section “Pubs”.

The new visitor's Pardubice Brewery Gallery is for everyone interested in the early and modern history of local brewing, from hops and malt to the finished beer. 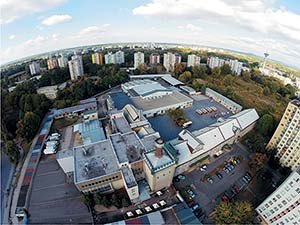