Kubík Brewery at Kluk Nový Hradec Králové. The history of brewing in Hradec Králové dates back to the 13th century. In the 19th century, after merging the brewer houses, the licensed municipal burgher brewery was born, where the first beer was brewed in 1846. After 1989, beer production gradually decreased, and at the end of the 20th century the brewery was closed. Today, the renovated buildings of the former brewery house the Regional Authority of the Hradec Králové region, so this town, even though the local brewing tradition lasted more than 150 years, remains without a brewery.
Small breweries are beginning to appear – among others, the Kubík Brewery at Hradec Králové. It was founded in 2002 and after expansion in 2009 is still the largest in all of Hradec Králové.

Kohout beer is tapped exclusively in the pub U Kohouta in the Gayer barracks, while the other beers are mostly found in restaurants in Hradec Králové. We also bottle to order on-site in the brewery, both into barrels and as retail sale into PET bottles. 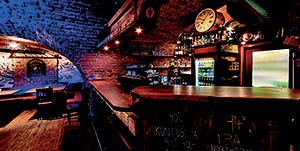 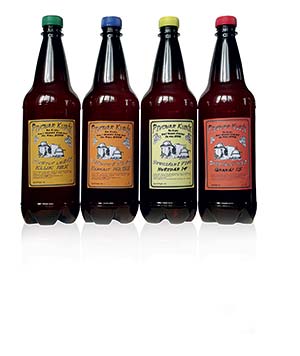 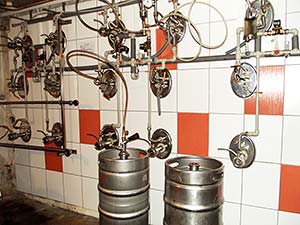